Since dropping out of college to support their debut album ‘Sunken,’ the band has covered a lot of ground. They’ve played to bigger and rowdier crowds each time they come barrelling into a city, and they’ve performed for (and partied with) more than hospitable masses at festivals in the US and Europe, including Pitchfork, Lollapalooza, SXSW, Reading & Leeds and Roskilde.

Twin Peaks has one defining ethos and it’s to keep pushing. They’ve embraced change ever since their 2010 formation as high school friends making scrappy basement rock ‘n’ roll to now cementing their status as one of Chicago’s most essential bands. Where their last LP, 2016’s ‘Down In Heaven,’ and 2017’s Sweet ‘17 Singles compilation were adventurous and compelling updates on their youthfully raucous formula, their fourth album ‘Lookout Low,’ out 13th September feels like a total revolution. Listen here.

You can hear their most recent release, a cover of ‘Spiders (Kidsmoke)’ by Wilco here. 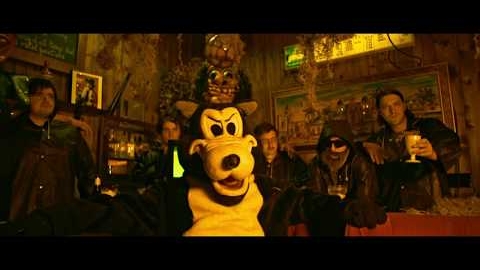 Join our mailing list to hear the latest Twin Peaks news first along with other Communion releases, gigs & more direct to your inbox.